As a 1959 college student I was introduced to the Carnot maximum efficiency principle for a heat engine. I was sick to the heart that my chosen profession was to be 50% bad trash and only 50% good trash. I made myself a promise that when I was older and wiser, I would put these thermodynamic laws into a more fitting place called 'oblivion'. Another 38 years passed by. I had an accident and was confined to a recovery unit. I now had the time and inclination to do something.

I very quickly found a perfect heat engine cycle. The problem was that its expansion was only 20% better than its compression work. I tried an ionised noble gas charge and Bingo! I now had a duality of PV & VI. This was a dream to work with because V & I is a ghost that has no effective engine mass. It is a 'Free Lunch'.

Once upon a time there was a steam engine. No god ever hijacked the human brain as successfully as this device. Entrepreneurs were waving new money at the engine artisans. A cult called the Royal Society were controlling scientific education with rules which they called laws. This engine era became known as the Industrial Revolution. Money and greed ruled. It was a very bad time for thinking straight. As a mid fifties student the 1st thermodynamic law was simplistically explained as Heat = Energy. The 2nd law was a Thermometer?

The former is a symbolic (0) which is given to represent the intersection of three axes x-y-z ... and by this datum (1-1) = 0 ... Consider that MASS CANNOT BE CREATED OR DESTROYED. Isaac Newton made such a statement.
It clearly follows that in ABSOLUTE terms, (1-1) = (1) somewhere else.
This value must represent the weak magnetic vacuum zero Aether carrier wave field.
Physics has long stated that this vacuum condition has units of mass, length, time and a resonant light speed.

THE SINGLE AND MOST VITAL DEFINITION IS …..

This puts Newton’s 3rd law of "instantaneous equal and opposite reaction" into oblivion. Flat line force and velocity cannot provide for a UNIVERSAL evolution. All motion in the universe is a sinusoidal resonant perpetual motion ripple and derived from the electro-mechanical transmission of LIGHT. Light is delivered as a DC battery output RIPPLE.

As a 1959 college student I was introduced to the Carnot maximum efficiency principle for a heat engine. I was sick to the heart that my chosen profession was to be 50% bad trash and only 50% good trash. I made myself a promise that when I was older and wiser, I would put these thermodynamic laws into a more fitting place called 'oblivion'. Another 38 years passed by. I had an accident and was confined to a recovery unit. I now had the time and inclination to do something.

I very quickly found a perfect heat engine cycle. The problem was that its expansion was only 20% better than its compression work. I tried an ionised noble gas charge and Bingo! I now had a duality of PV & VI. This was a dream to work with because V & I is a ghost that has no effective engine mass. It is a 'Free Lunch'.

WHY TRUTH WAS MURDERED TO ACCOMMODATE THE 2nd LAW

A cynical American once quipped, regarding the quantum theory, 'sounds like the best free lunch in history'. This has now become a trite pearl of wisdom. It is most favoured by politicians who wish to get their fingers deeper into the pockets of the taxpayer. Much of this money is channelled back into scientific education. It is in itself a perpetual motion engine that protects the status quo but guarantees student brain death. No one has ever yet lost money by underestimating the intelligence of the public. They are too trusting. The taxpayer now firmly believes that there is no such thing as a free lunch.

THE NEWTONIAN ERROR FOR HUMAN MISERY AND EARTH MURDER 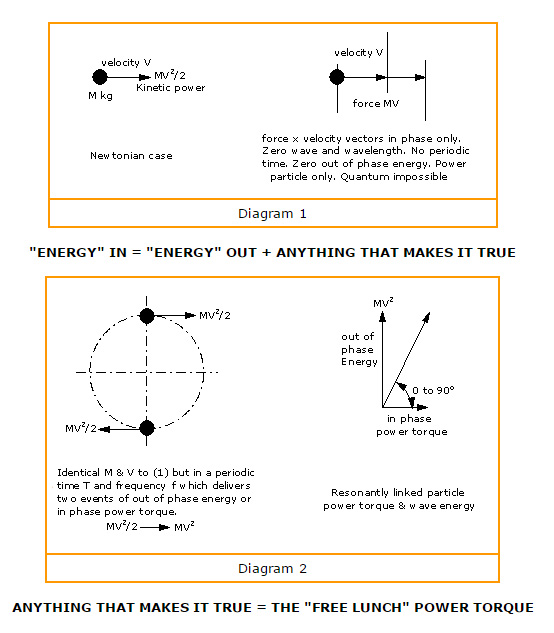 THE BUNK HISTORY OF HENRY FORD

He should have said "all scientific history". University teaching poltroons should check out the practices that they preach. 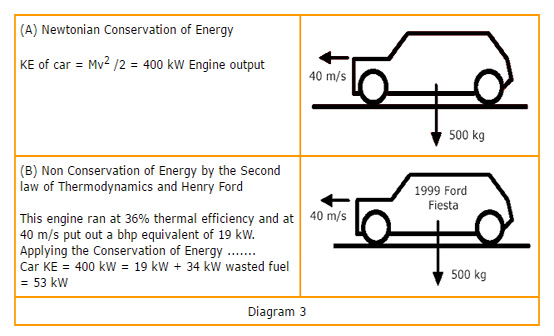 The three fundamentals that govern science are nothing more than the prayer bead rattling of axiomatic mantra chants.

A SOLUTION FOR THE QUANTUM/NEWTONIAN PARADOX

ISAAC NEWTON ...... universally credited with a theoretical solution for 'The Laws of Gravity'. He made three observations entitled 'Laws of Motion'. He does not mention ‘gravity’ or ‘power’ or ‘energy’. His consuming passion was gold, from any source whatsoever. He quit science for the gold, as master of the Royal Mint in London. For nearly 400 years the human race has been rotting away and "Lost in His Translation". And this is why.

II) The relationship between an object's mass m, its acceleration a, and the applied force F is F = ma.
Everything starts to go wrong here, because these later external force visitations are by his definition impulse forces and are of an mv nature [Aristotle and Quantum]. The situation can be rescued by making a = w2k, a radial rate of change of velocity [centrifugal/centripetal acceleration values]. This move can only be justified if a mass possesses a radius of gyration k and it is made internally dynamic by a wave event of frequency fo such that (2pfo)2 k = a. This would unify every force within science and make them multiples of the cause and effect of gravity.
Physicists accept that all mass is extremely active internally by wave actions. They are clueless as to WHY? It is because all atoms are perpetual motion machines with an input-output of fusion-fission of light. Try to suffocate any mass internal action with an external force ... its frequency and light output will increase. It will go all the way to Oppenheimer's Mc2.

II) For every action there is an equal and opposite re-action ......... (Sir Isaac Newton)
Very true from outside the apple looking in. Not true from inside the apple looking out. Inside the 'free lunch' runs the business. For Heisenberg and Schrodinger Uncertainty and the Cat-in-a-Box. For Newton all matter was God made from 'indestructible but movable material. Solid, massy, hard and impenetrable. Never to wear or break in pieces. All made by God for the purpose of his creation'.
A Neutralino Aether Meccano for God. All God had to do was say "LET THERE BE EVOLUTION BY CONDENSATION". The one and only mechanism in the Universe seems to have the essential characteristic of gravity. IT RESONANTLY VECTORS CENTRIFUGAL AND CENTRIPETAL FORCES TO PROVIDE A TANGENTIAL POWER TORQUE THAT DRIVES EVERYTHING.

ENERGY AND POWER IN RESONANCE

Energy is the property of spinning mass and its vector product of mass x velocity is always 90° out of phase. Power is the property of mass x velocity in a straight line and its vector product is always 0°. Power expenditure produces heat. Almost all the listed fundamental physical constants appear to have a root mean square value (rms). Anything with an rms value appears to have a particle-wave duality sickness. For example g in mg would be as an mv impulse force in power where g is a v. Is this Aristotle's take on mechanics? A latent force in energy would be mg where g is a radial acceleration.

This means that the expression mg2/c2 is far from ridiculous and I believe this value will give the mass of fission-fusion light of any mass at rest on earth.
The argon engine is clearly a Quantum device since it reciprocates and has a sinusoidal output. Some turbine equivalent systems are looked at now. It is not so obvious but these are the ones of special commercial value and are the essential solution to environmental pollution. Coal, oil and natural gas are just junk that nature buried out of the way. I believe that the earth's weather system is a superbly ordered fine tuning brake drag. It acts in concert with the molten core and ocean currents and helps keep a periodic time of 24 hours per day. Everything about nature seems to be all about keeping regular time.
This could be the cause of EARTHQUAKE, TSUNAMI, FLOODS, AND HURRICANES because the power torque drive value of the Daily Earth Spin has a value equal to the friction drag of the iron core, the mantle, the crust, the ocean currents and - the most finely tuned control of all - the prevailing weather system. Global warming reduces the viscosity of the atmospheric weather and its ability to brake the spin. This is unacceptable and the above titled Heavy Brigade has to move in to keep PERFECT ORDER.

PM is defined in a rather dismissive fashion. It defines two cases:-

This means PM does exist but it cannot because the institutionalised cannot get to grips with it. The problem is the 'conservation of energy' rule is wrong. This makes the first law of thermodynamics wrong and the second law of thermodynamics should never have been written. It is merely a forlorn alibi for the murder of the preceding logic.

All these conditions are essential ingredients of present day Science. By adopting the Second Law of Thermodynamics, an impenetrable wall has been erected against progress. This wall is an imaginary black hole of infinite capacity. It is officially referred to as an “Entropic sink”. It was originally created for physicists. Today it is used to club Presidents, Prime Ministers, Parliaments, Senates, their Advisors and the tax paying public, into submission.

Diagram above is proof that the Entropic sink exists only in the imagination of a physicist. This data has been in the public domain for more than eight years. Science has studiously maintained a thunder of silence. It is quite obvious that Science will never provide a SOLUTION FOR GLOBAL WARMING. They are a very deeply committed CAUSE OF GLOBAL WARMING.

The Triangular Theory of LoveE 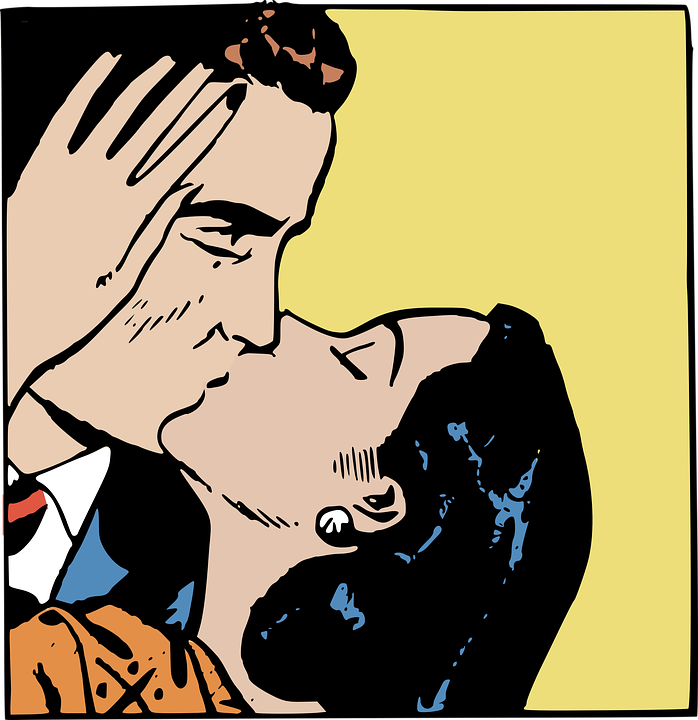 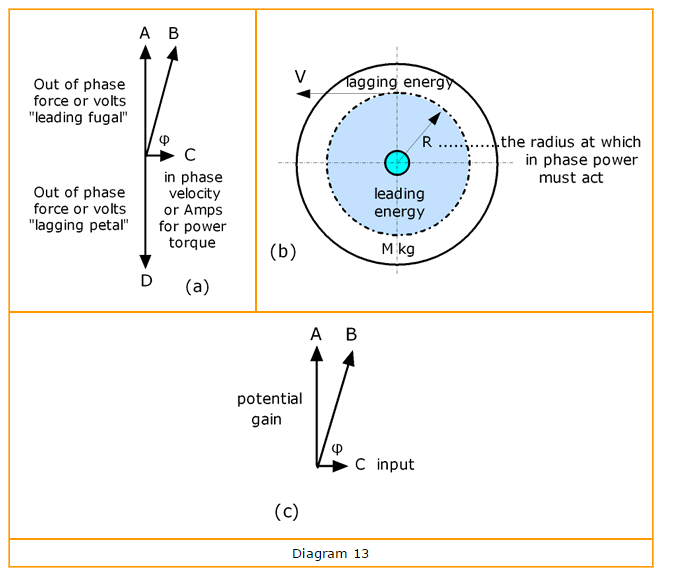 This proposal makes a direct analogy between the turbine water or gas flow rate and that of a fixed steel flywheel. Steel is given the degrees of freedom to float freely and spin on the main shaft. Just as water in the turbine pump...

When Smart Meets Love - Gift Ideas for a Professor's Wedding 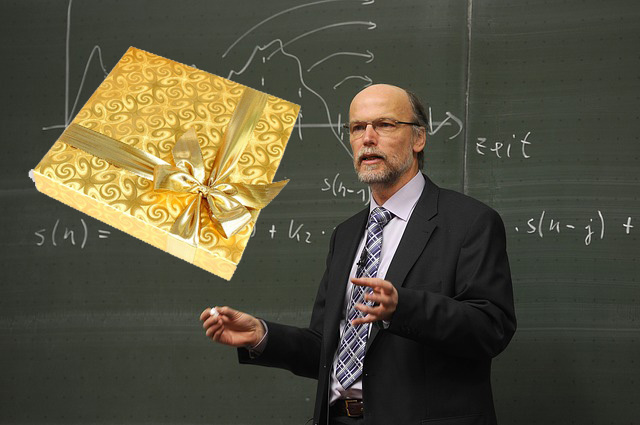 Presents for a professor can really give people an opportunity to be creative. Naturally, a professor's wedding isn't necessarily going to be all that different from most other weddings, and getting a present/gift for a professor won't feel like a college assignment. Check out some ideas for wedding gifts, engagement gifts, Valentine gift and much more personalised gift ideas here.

A 700 WATT ALL TERRAIN WHEELCHAIR DRIVE

A STARTING SPECIFICATION: Tyres and wheels should be heavy duty but suitable for indoor use. Magnetic clutch to disengage drive for manual operation via the front wheels. Electric steering box for long haul road use.

The diagram gives details of the sinusoidal earth spring deflection. Always referred to as an ELLIPTICAL orbit. Details were Googled as Solar System data...

PM is defined in a rather dismissive fashion. It defines two cases:- a) PM of the 1st kind and b) PM of the 2nd kind. The 1st defines an engine which is perpetual but has no useful output. The 2nd is as the 1st but has a useful output.